This month, I am teaching my fourth Mala.  A Mala yoga class is typically 108 sun salutes to strip away the unnecessary residue from the old season in order to cleanse and create space for the new season.  The number 108 is a sacred and significant number.  A couple of important meanings to note:

A mala is an eastern rosary with 108 beads. The mala is used both in Hinduism and Buddhism for counting mantras, chants or prayers. The number 108 ensures a repetition of a sacred mantra at least 100 times, the extra beads allowing for any omissions made through error.

SANSKRIT ALPHABET: There are 54 letters in the Sanskrit alphabet.
Each has masculine and feminine, shiva and shakti. 54 times 2 is 108.

DESIRES: There are said to be 108 earthly desires in mortals.

LIES: There are said to be 108 lies that humans tell.

DELUSIONS: There are said to be 108 human delusions or forms of ignorance.

This will be my first Autumnal Equinox Mala.  It will also be the first one I’ve taught by myself, which after co-teaching the other three, is going to be a challenge.  I ‘ve been looking back at my journals and class plans from the other Malas to see what I can learn from the past.  Here is a look at my past Mala adventures:

My first Spring Mala in Manhattan, Kansas at Orange Sky Yoga was co-taught by Jessa and Kendra. 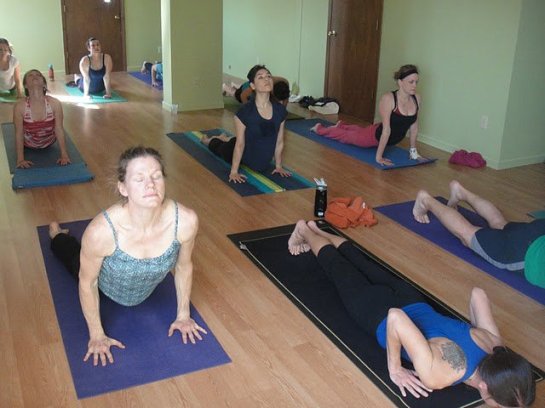 Below is from my second time teaching a Mala.  (This Mala was also to welcome the Spring and took place at Tula Yoga Studio in Chicago.) Co-Taught by Michelle and Veronica.

I attended my first Mala at Tula a little over a year later for their Summer Mala.  It was led by Kristen and Nathan.

I recently co-taught a Mala at Yoga Loft  with Sarah to welcome the summer season.  We did our own Mala the morning of, on the beach by my house, in preparation. 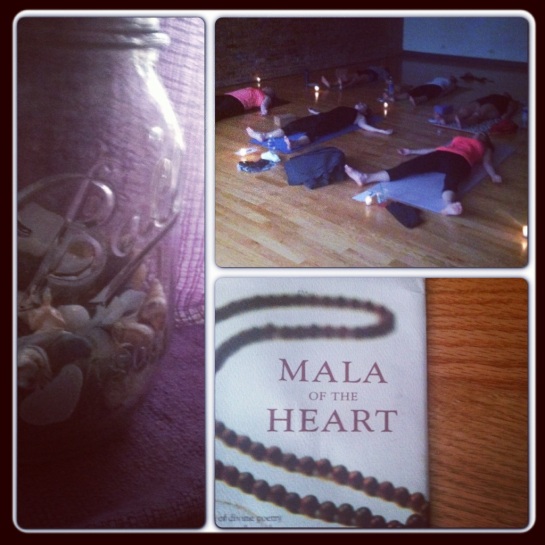 Looking forward to our Fall Equinox Mala in WI on the last morning of our retreat.  I will report back with photos!